Dave Anson, chief deputy coroner for Vanderburgh County, told The Associated Press that the identities of the people who died would not be released until the next of kin has been notified.

Evansville Police Department spokeswoman Sgt. Anna Gray said at least one other injury was reported and that victim was taken to a local hospital for treatment.

Evansville Fire Department Chief Mike Connelly said a total of 39 houses were damaged by the explosion at around 1 p.m. He said the department has not confirmed how many of the houses were occupied when the explosion happened because “some were too unstable to enter.”

At least 11 of the 39 homes damaged are “uninhabitable,” Connelly told the Evansville Courier & Press.

The cause of the explosion has not been determined, but the Bureau of Alcohol, Tobacco, Firearms and Explosives was investigating. A phone message seeking comment was left at the Evansville field office of the ATF.

“Debris is strewn over a 100-foot (30-meter) radius,” including “typical construction materials” such as wooden boards, window glass and insulation, Connelly said.

Aerial video posted on social media shows damage in a residential neighborhood with police and fire vehicles on the scene in Evansville, on the Kentucky border.

CenterPoint Energy, the local gas utility, was last called to the home in January 2018, Connelly said. CenterPoint issued a statement saying it “worked with first responders to secure the area.”

“CenterPoint Energy is working closely with the Evansville Fire Department, State Fire Marshal and other agencies as the investigation of this incident continues,” the utility said.

Jacki Baumgart, an office manager at Award World Trophies about two and a half blocks from the site of the explosion, said she and other employees in their building panicked when they heard the loud blast and saw smoke.

“We thought a tree fell on the building or a car ran into the place,” Baumgart said. “Debris from the ceiling came down.”

She continued: “Everybody here immediately ran out of the building. We thought the building was going to come down.”

Wednesday’s explosion also brought to mind a massive blast in 2012 that destroyed or damaged more than 80 homes on Indianapolis’ south side and killed two people. A man was convicted of tampering with a natural gas line at his then-girlfriend’s home in an attempt to commit insurance fraud, with the explosion killing two next-door neighbors. That man, his half-brother and girlfriend all received long prison sentences.

UNITED NATIONS (AP) — China on Wednesday blocked the imposition of U.N. sanctions sought by the United States and India against the deputy chief of Jaish-e-Mohammad, a Pakistan-based extremist group designated by the United Nations as a terrorist organization.

Abdul Rauf Azhar has been under U.S. sanctions since December 2010 for acting for or on behalf of the group, known as JEM. India says Azhar was involved in the planning and execution of numerous terror attacks, including the 1999 hijacking of an Indian Airlines aircraft, the 2001 attack on the Indian Parliament and the 2016 attack on the Indian air force base in Pathankot.

In June, China put a hold on adding Abdul Rehman Makki, deputy chief of another Pakistani group proscribed by the U.N., Lashkar-e-Taiba, to the U.N. blacklist. Makki has been under U.S. sanctions since November 2010, and India says he has been involved in raising funds, recruiting and radicalizing young people to resort to violence, and planning attacks, including in Mumbai in 2008.

According to Pakistan’s counter-terrorism agency, the government has outlawed more than 65 militant groups, including Jaish-e-Mohammad and Lashkar-e-Taiba.

“We placed a hold because we need more time to study the case,” said the spokesperson at China’s U.N. Mission, who was not authorized to speak publicly.

He said the U.N. Security Council committee monitoring sanctions allows “holds” on people proposed for sanctions, “and there have been quite a number of similar holds by committee members on listing requests.”

A spokesperson for the U.S. Mission to the United Nations, who was also not authorized to speak publicly, said the United States “respects other countries’ need to verify” that people proposed for sanctions meet their threshold for evidence required to justify being put on the U.N. sanctions blacklist.

“We strongly believe in the importance of the committee, which is to prevent and hold ISIS, al-Qaeda and their affiliates accountable for their illicit activities,” the U.S. spokesperson said. “Further, the United States values cooperation with our Security Council partners to effectively use this tool in an apolitical way to stop terrorists from exploiting the global order to do their misdeeds.”

BOSTON (AP) — Top Atlanta prospect Vaughn Grissom homered onto Lansdowne Street in his major league debut, and Marcell Ozuna hit a three-run homer on Wednesday night to lead the Braves to an 8-4 victory over the Boston Red Sox.

Called up earlier in the day from Double-A, the 21-year-old Grissom hit the first pitch he saw in the seventh inning over the Green Monster and the seats above it and onto the street below for his first big-league hit. He tossed his bat aside before taking off around the bases, clapped his hands as he rounded third base and arrived home to be congratulated by Michael Harris II, who had singled ahead of him.

A healthy number of Braves fans in the crowd of 35,406 gave Grissom a big cheer. Grissom singled in the ninth, stole second and scored as Atlanta completed a two-game sweep.

The last-place Red Sox lost their fourth straight game, and their sixth of seven.

Kyle Wright (14-5) allowed one run on one hit and one walk in six innings, striking out five for the 10th win in 12 decisions. The reigning World Series champions, who had lost five of six games before arriving in Boston, beat the Red Sox 9-7 in 11 innings on Tuesday.

Red Sox trade deadline pickup Tommy Pham homered for the third straight game, hitting a three-run shot in the seventh to turn a 5-1 deficit into a one-run game. But the Braves scored two more in the eighth, on Eddie Rosario’s double and Ozuna’s sacrifice fly.

WELCOME TO THE BIGS

Grissom was batting .324 with 14 homers, 67 RBIs and 27 stolen bases at Single- and Double-A this season. He started at second base and batted ninth for Atlanta. He hit into a fielder’s choice in the third inning, struck out in the fifth and came up again with one on and one out in the seventh, when he homered to make it 5-1.

Grissom added a single in the ninth. Since the home run ball was presumably lost, the Braves made sure to call for this one as a keepsake. He later scored on Dansby Swanson’s single to make it 8-4.

Harris, who was called up in May, is also a 21-year-old prospect. He entered Wednesday’s game hitting .288 with 10 homers, 34 RBIs and 12 stolen bases while shoring up the defense in center field.

Harris moved up to the eighth spot in the order.

The Braves spent their first eight decades in Boston, until owner Lou Perini became convinced he couldn’t compete with the AL Red Sox and moved his NL franchise to Milwaukee. They did not play in Boston again until interleague play in 1997.

The site of the former Braves Field is now a stadium at Boston University, which marked the spot of the original home plate on its turf.

Braves: Grissom took over for Orlando Arcia, who was placed on the 10-day injured list with a strained left hamstring he sustained running the bases in Atlanta’s 10-inning victory Tuesday night. Regular second baseman Ozzie Albies is recovering from a broken foot.

Red Sox: INF-OF Kiké Hernández went 1 for 2 with a single in a rehab outing for Double-A Portland. … SS Xander Bogaerts hit a foul ball off his left leg. After showing signs of pain, he remained in the game. 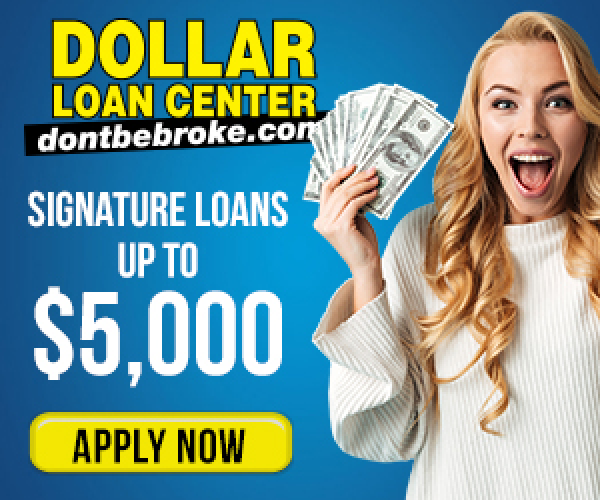